Foods to Try While Traveling Australia

Foods to Try While Traveling Australia 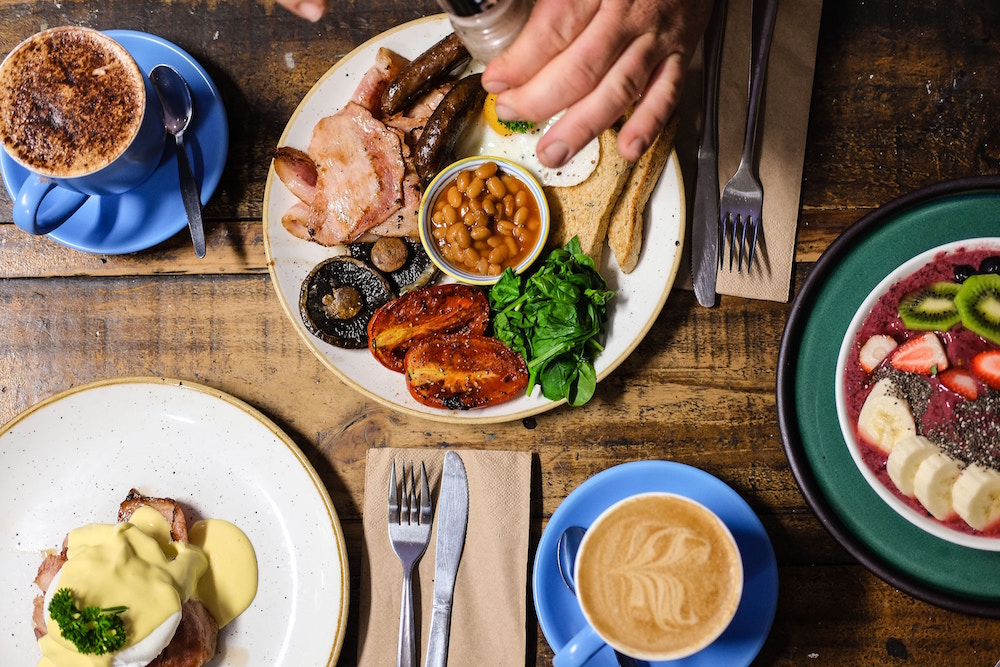 We all know “when in Rome do as the Romans do.” For us now, it’s “When in Australia, eat as the Australians do.” Can you truly know a culture without learning about its food? I don’t think so. To fully immerse yourself in the Aussie way of life (or because you are an epicure), we recommend the following foods that will surely enhance your travels.

Vegemite is a savory spread, very dark reddish-brown and brimming with Vitamin B, made with brewer’s yeast left over from the manufacture of beer combined with various vegetables and various spices. It has a salty, rather bitter, meaty kind of taste.

Do not, under any circumstances, put a dab on your finger or a spoon to take a tiny taste. That would be like eating mustard by itself. Try it first on toast. Butter your toast then add a very light spread of Vegemite. From there, you can progress to bagels, muffins, Vegemite and cheese sandwiches. If you want to. 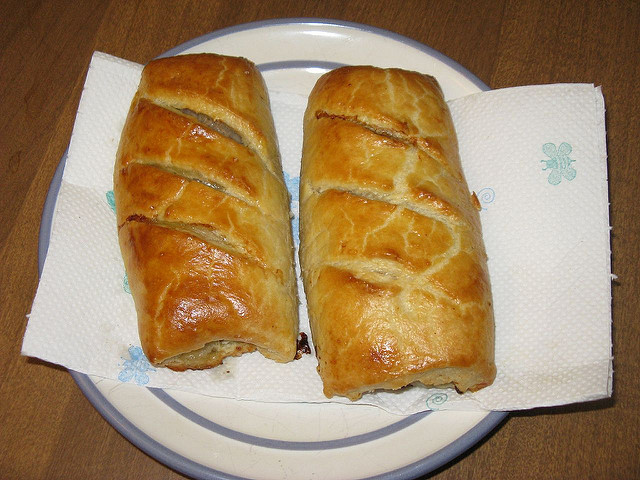 Sausage wrapped in puff pastry is an almost perfect marriage of flavors and textures. The rolls are eaten for breakfast, lunch or as appetizers at parties. They can be served hot or cold. It’s not a heart-healthy option, and it’s carrying quite a few calories, but, really, for the sake of adventure or cultural appreciation, why not? The sausage is made from pork, veal or chicken, flavored with herbs and spices. 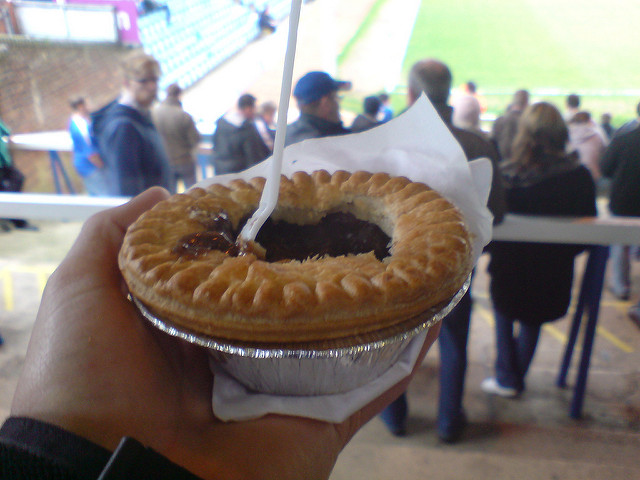 An Australian meat pie fits into the palm of your hand and contains diced or minced meat (chicken, seafood, crocodile, or camel), gravy, onions, mushrooms, cheese—depending on the recipe, and is topped off with a very generous helping of ketchup. The meat pie is so beloved that it’s been called Australia’s national dish. It’s the equivalent of our hot dog—required eating at sporting events.

Beetroot (aka beets) is what makes a burger an Aussie burger, but it also includes a fried egg and grilled pineapple. The proper order of layers is: bottom bun, pineapple, burger, pickled beets, egg (hot off the griddle with yolk soft so it can run over the rest of the toppings and soak into the bun), top bun. Then you’ll want to add your own chili mayo and/or ketchup. It’s a “guilty pleasure” that you don’t want to miss. 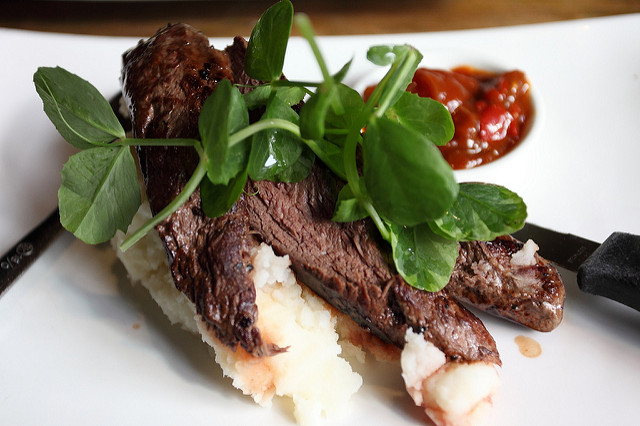 Kangaroo tastes like a cross between venison and buffalo meat—not as dry as deer, leaner than buffalo. It has a gamey taste but that’s not a bad thing—it’s subtle and it adds flavor to the meat. It is best prepared as a tender, juicy rump steak, but, surprisingly, kangaroo is not easy to find in larger restaurants. You’re more likely to find it in a neighborhood eatery, particularly one that specializes in kebabs. If you can find kangaroo burgers, they are superb and inexpensive. 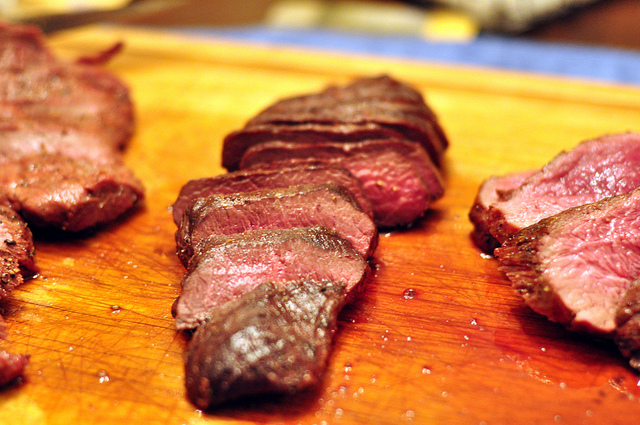 If you love beef and need to eat healthfully, emu is the way to go. The red meat is similar in taste and texture to lean beef, but it’s lower in cholesterol, fat and calories and higher in iron, protein, vitamin C. The meat is so tender that it can be prepared in a variety of ways, including emu pies, emu pizzas and emu sausages.

Hard to imagine when we see a crocodile, but its meat is a delicacy in Australia. Firm and almost white, the meat tastes a little like chicken, a little like crab, a little like frog legs but with a flavor all its own. The meat is completely natural and organic. It’s low in fat and cholesterol, high in protein. Crocodile is prepared in many different ways. Stewing it with herbs and spices highlights the delicate flavor. For the highest nutritional value, have it grilled with just a bit of oil.

Moreton Bay Bugs are crustaceans with a very short tail, five pairs of legs and a flat head. The meat is firm and white and tastes like lobster or crab but is more flavorful. Unlike its “cousins,” the meat of the Moreton Bay Bug is only in its tail. The meat is nutritious and heart-healthy, even though it contains a small amount of cholesterol as all crustaceans do.

Moreton Bay Bugs are a culinary treat no matter how they are prepared, hot or cold, but see if you can find “Bugs on the Barbie” with melted butter and finely chopped garlic.

Barramundi is an Asian sea bass found off northern Australia. It has a mild and succulent flavor and promotes both brain and cardiovascular health. It is farmed without the use of antibiotics or hormones, and its diet is almost entirely vegetarian. It has a moderate fat content and a six-ounce serving will yield 34 grams of lean protein. It works well with any recipe for white fish. A real bonus if that it does not leave behind that strong fish smell when cooked. 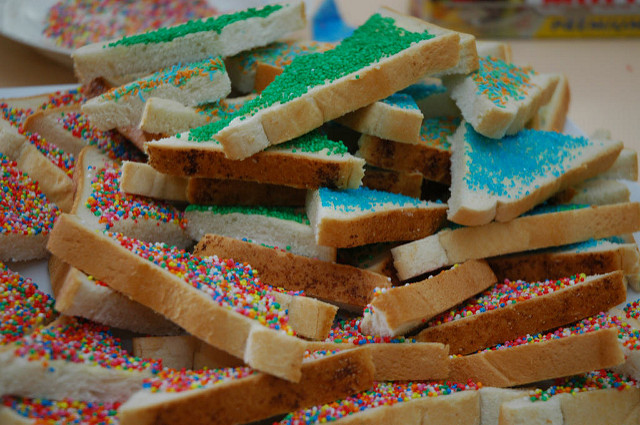 Fairy Bread is a curious thing: triangles of sliced white bread covered with butter and topped off with multi-colored sprinkles (known in Australia as “hundreds and thousands”). It’s easy to make and it’s filled with processed carbs. What’s not to love?

No one knows how or why it popped up in the 1930s. But from that time on, it became an almost sacred part of childhood. So much so that a television news show recently reported on the “shocking” situation of some “misguided” parents substituting fruit, of all things, for fairy bread. 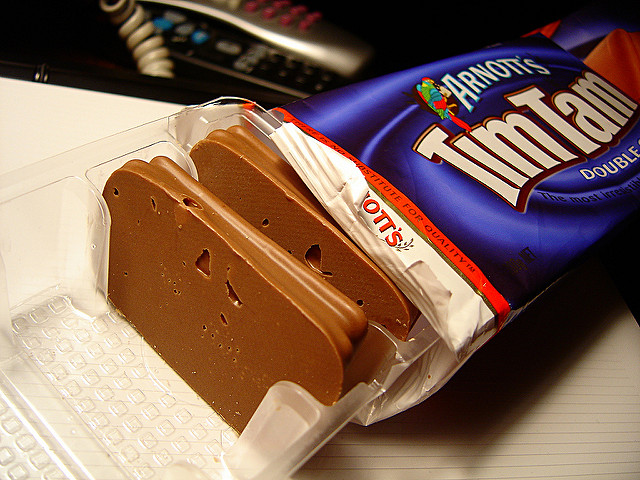 Tim Tam is simply decadent: two malted biscuits separated with a layer of chocolate cream filling and coated with textured chocolate. Don’t look for an exotic origin of the name. It came from a horse who won the Kentucky Derby in 1958. You’ll find a variety of Tim Tam bars: dark chocolate, dark chocolate mint, white chocolate, orange chocolate, caramel.

If you want to go flow-blown Aussie, do try a Tim Tam Slam. Bite off diagonally opposite corners of a Tim Tam, put one corner into a hot beverage and use the other end as a straw. The biscuit gets soft, the chocolate coating melts—it’s such a heavenly gooey mess! Coffee or hot chocolate is the usual Tim Tam Slam beverage, but for an extra kick, use port wine or Bailey’s Irish Cream.

Enjoy taste-testing your way through Australia!