When is the Best Time to Visit New Zealand?

When is the Best Time to Visit New Zealand?

New Zealand is a destination that is all about immersing yourself in the great outdoors and taking advantage of the spectacular landscapes the country has to offer, and with each of its distinct four seasons offering something special, there isn’t a bad time to visit. Whether you want warm, sunny beach days, powdery white ski slopes or trekking routes ignited in the changing colors of autumn and spring, New Zealand has them all.

Situated in the far south of the Southern Hemisphere, the country’s seasons are the reverse of those in North America, with the South Island experiencing more pronounced seasonal differences than the North Island. The rugged mountain ranges that stretch north to south through New Zealand also create some unique climatic conditions, with rainfall tending to be heavier on the west coasts of both islands.

Taking into account not only the weather, but peak tourist periods throughout the country when accommodation and trekking permits are at a premium, here’s a breakdown of what to expect when planning your holiday to New Zealand. 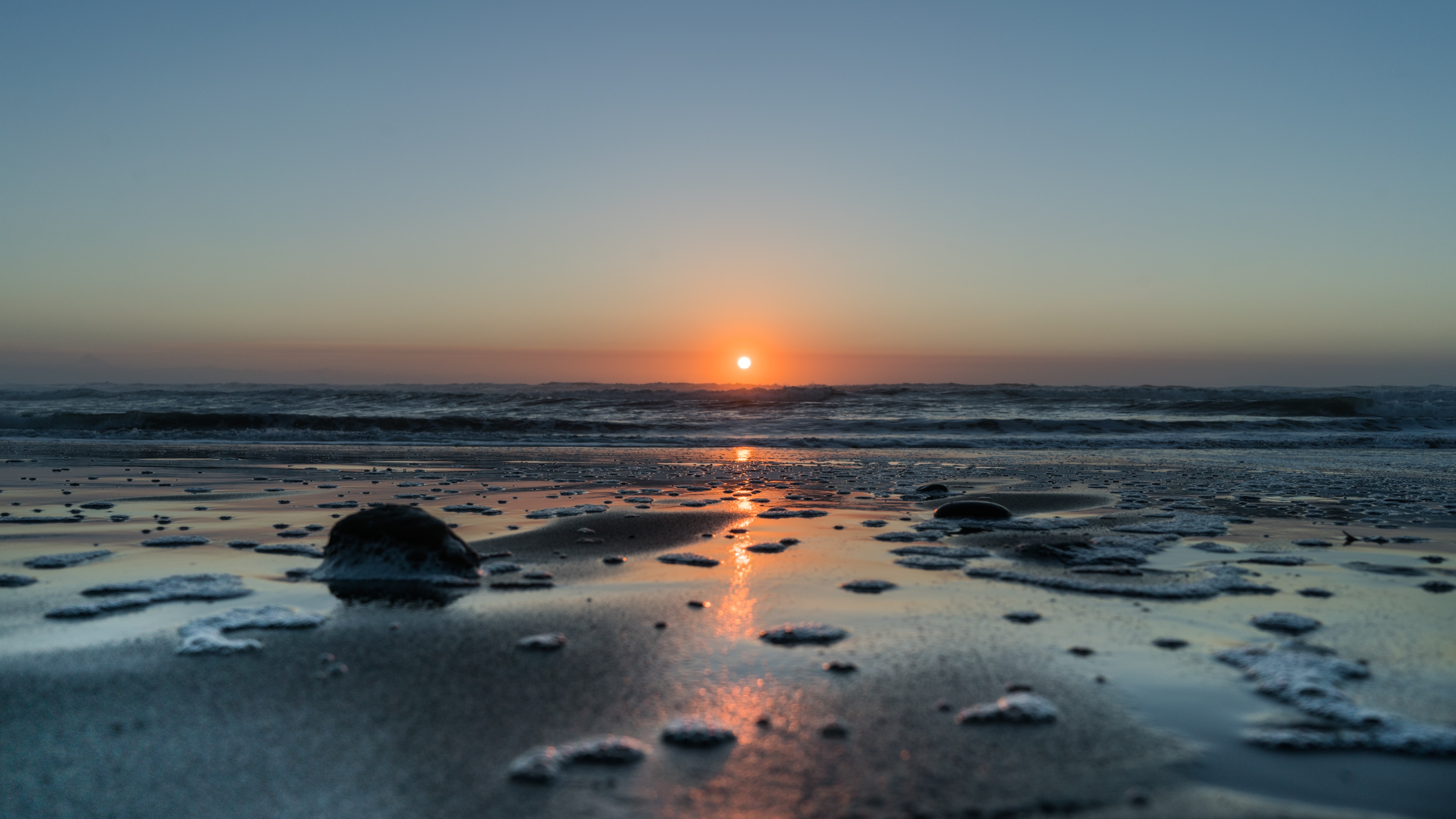 The New Zealand summer is a time of warm-to-hot temperatures and clear blue skies, ideal for relaxing at the beach or venturing into the country’s magnificent national parks. The cycling and hiking trails are at their driest and long daylight hours mean there’s more time to enjoy them. Summer is also the season for celebration, and in addition to the Christmas/New Year festivities, there are plenty of other festivals happening right across the country.

Summer also coincides with the peak tourist season, particularly from mid-December to late-January when both New Zealanders and Australians are on their long annual break. Prices for both accommodation and airfares are at their highest, and you can expect crowds at the country’s major tourist sights. If you’re hoping to get a permit for any of New Zealand’s major trekking routes, such as the Milford and Routeburn Tracks, you will need to book around six months in advance if you plan to hike it during summer.

Temperatures start to cool in March, with crisp, clear days getting gradually shorter, and leading into chilly nights. The first snowfall on the mountains, combined with the changing color of leaves, make this one of the most beautiful times to be in New Zealand. There are also far fewer crowds, and if you are looking for a quieter period on the major trekking routes then autumn is ideal. By May you can feel the onset of winter, particularly in the South Island, but overcast, rainy days are still interspersed with bright blue skies and sunshine.

Keep in mind that the week around Easter sees a sharp peak in demand for accommodation, and many popular destinations get booked out well in advance. 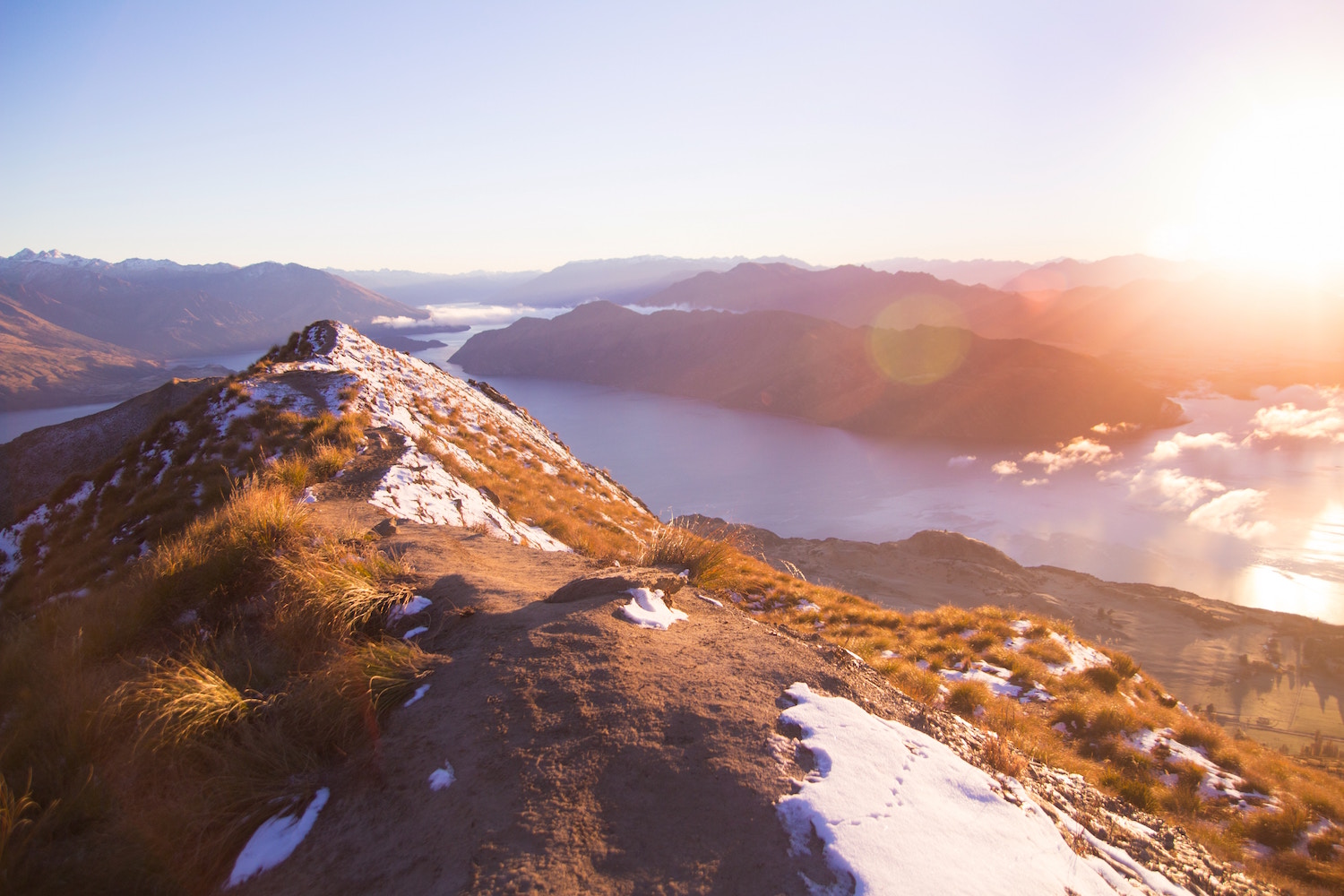 Winter is marked by cold temperatures, rain, and plenty of snowfall throughout the mountainous regions draws skiers and snowboarders from far and wide. The Queenstown Winter Festival at the end of June heralds in the snow, and if you are visiting Queenstown, Canterbury or the Central Plateau, be sure to book your accommodation well in advance. You should also be prepared to pay inflated rates, especially once the ski season kicks into full swing at the start of July.

For the rest of the country, you will have it largely to yourself and some great accommodation deals can be found. Don’t let the cold weather deter you from trekking either, with stunning snow-capped peaks and hot thermal pools, this a unique and special time throughout New Zealand’s national parks.

With warming temperatures, snow melt, and the landscapes ignited in green grass and blooming flowers, spring is a stunning time to visit New Zealand. September and October can still see some late snow in the far South Island and be a bit unpredictable in terms of rain across the country, but by November the skies are drying out and the days lengthening as the warmth of summer can be felt.

Tourists numbers are still relatively low during this period, and not only are the trekking trails still quiet, but there are a few places that really come into their element in spring. Christchurch is one of these destinations, with its gardens ignited by colorful flowers, as is Dunedin when the rhododendron are in bloom.