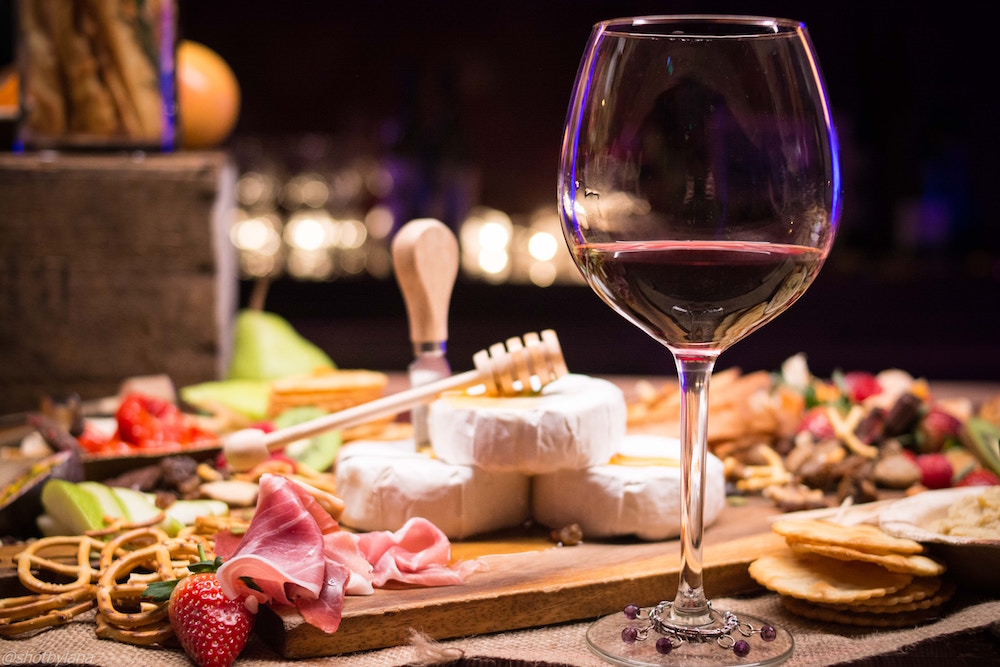 With both Mediterranean and cool-climate conditions favorable for viticulture, Australia’s southern states are renowned for outstanding wines, produced within undeniably picturesque regions. The first vines were brought to the country with British colonialists in the late-18th century, and the wine industry has since blossomed into one of Australia’s major tourist draw cards.

Experiencing Australia’s top wine growing regions is not just about sampling the country’s finest drops, but also feasting on its gourmet produce at cellar door restaurants and being immersed in the surrounding natural beauty. From Australia’s far southwesterly Margaret River to the island of Tasmania, here are five of the country’s best wine regions to visit.

South Australia’s magnificent Barossa Valley, situated to the north of the capital, Adelaide. It is home to some of the country’s largest wineries, including Penfolds and Jacobs Creek, and has established itself firmly on the international wine scene for producing outstanding Cabernet Sauvignons, Semillons, Rieslings and its signature Shiraz.

One of Australia’s oldest wine grown regions, the Barossa is also renowned for its gourmet produce, with Maggie Beer’s Farm Shop the first port of call for foodies interested in regional goods and cooking demonstrations. Don’t miss a visit to Seppeltsfield Winery for their famed tapas and tastings, then sample the award-winning Shiraz at Hentley Farm. The Barossa’s picturesque rolling hills are easily navigable by bike, with numerous cycling routes that will lead you to some of the region’s finest wine estates. 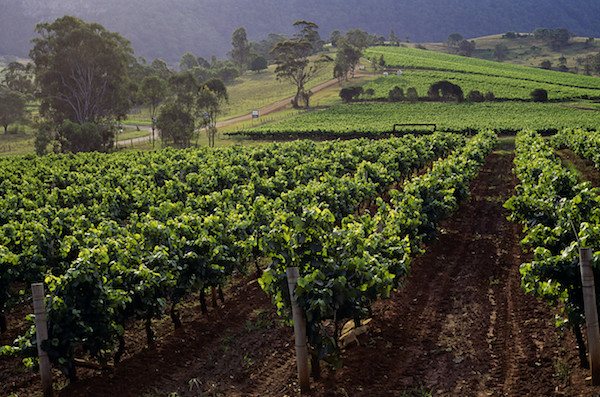 The lush and fertile landscapes of New South Wales’ Hunter Valley are located less than two hours drive from the bustling streets of Sydney. The region’s first vineyards were planted in the 1930s, and today more than 150 wineries are established which specialise in Semillon, together with a unique style of Shiraz.

While you can easily explore the region’s most well-known wineries at Lindemans and Tyrrells, get off-the-beaten track at the Tuscan-inspired cellar door of Tullavera Grove and discover why the Hunter Valley’s Shiraz is so good at Brokenwood. Cycling, self-driving and organised wine tours are all great ways to experience the Hunter Valley, backed by the UNESCO World Heritage listed Gondwana Rainforest of the Barrington Tops National Park.

The lovely Oakridge Vineyard in the Yarra Valley. The restaurant in Oakridge is a must visit for any food lover..

An easy one-hour drive from Melbourne, the Yarra Valley stretches over a wide cross-section of altitudes, resulting in climatic differences that have a notable impact on the grapes cultivated. Sauvignon Blancs, Chardonnays, and Shiraz are among the most favourable varieties produced in its 70+ vineyards, together with Cabernets and Pinot Noirs.

The Yarra Valley is Victoria’s oldest wine growing region, with the first vineyard at Yering Station being established in 1838. Indulge in an evening of sumptuous cuisine and wine at their Chateau Yering and take in the beautiful vistas from the award-winning Tarra Warra Estate.

The Yarra Valley offers superb cycling and driving routes which allow you to experience its beautiful landscapes and discover both its large modern cellar doors and its more rustic, boutique wineries.

Sprawling along Australia’s far southwestern corner, Margaret River’s maritime climate reduces the extreme temperatures of summer and winter which affect other parts of the country. The humidity and favorable soils offer ideal conditions for Sauvignon Blanc and Semillon blends, while exceptional Chardonnays and Cabernets are also produced.

Margaret River is one of Australia’s more recent wine-growing regions, with the first vines having been planted only in the mid-60s. But today more than 150 wineries dot its picturesque coastal landscapes, and the combination of wine and surf draws a steady stream of tourists.

Both cycling and self-driving are great ways to experience Margaret River’s wineries, with undulating country roads, spectacular coastal scenery and historic lighthouses to explore. If you are visiting during spring, then the walking trails that traverse the region are particularly stunning, with wildflowers igniting the landscape.

The cool climate landscapes of Tasmania’s Tamar Valley to the south of Launceston not only produce exceptional wine, but also an abundance of gourmet produce. The result is cellar doors and restaurants where you can sample their award-wining Pinots, Rieslings, Chardonnays and sparkling wines, alongside locally-produced salmon, truffles, olives, and cheese.

Stretching between the Tamar River and the picture perfect beaches of the Bass Strait, a self-drive tour through the Tamar Valley winds through stunning country vistas and charming towns, with more than 30 wineries within easy access. Don’t miss the rustic cellar doors at Three Wishes and Holm Oak vineyards, or the opportunity to sample the sparkling at Bay of Fires.

In addition to outstanding wineries, the region is also home to historic museums, art galleries, and the world’s smallest penguins, who can be seen waddling back into shore at dusk in the Low Head Coastal Park.